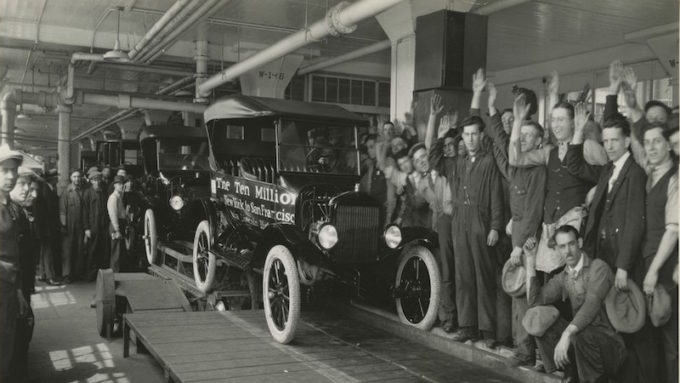 Knowing our affinity for cars and science, National Geographic asked if we could come up with some sort of celebration for the 100th anniversary of one of the greatest inventions ever: the modern assembly line.

The timing was tight, so it was absolutely all hands on deck. With the great assistance of Ford Motor Company, and a very talented crew, we did it. It was aired as part of the network’s “Ultimate Factories” series, and we can only imagine Mr Ford would have been proud. We were.