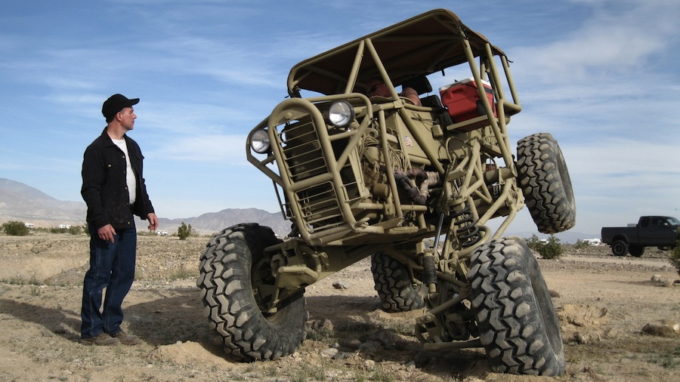 In 2011, National Geographic green-lit the series we always wanted to make (and to watch), the one about that weird guy who lives down the block, who’s always making some Time Machine or Jet-Powered Minivan inside his closed garage. The guy who periodically appears at his mailbox covered in what looks like dynamite resin.

In this often hysterical reality series, inventor/builder and generally most-likeble-guy-ever John Bowler, shepherds us across the country as he lifts the big garage door of America, revealing the greatest gadget-filled junk-strewn workspaces of the weekend inventors, the inspired geniuses who are making the country’s most “unique” inventions!

Once we see what these Mad Scientists are up to, John challenges them to re-devise one of their creations, and, with his expertise, build an even awesome-er (and usually wilder, often huger and almost always more dangerous) version of the insane contraption they began with. And PS, they only have 48 hours.

The best part is that it’s real. They work their butts off together, and the resulting machine is absolutely what it is. Sometimes it’s a game-changing success, and sometimes it’s a trouser-changing flop. Either way, it’s always a wonderfully wacky and weird example of creativity and science (and super fun to watch).