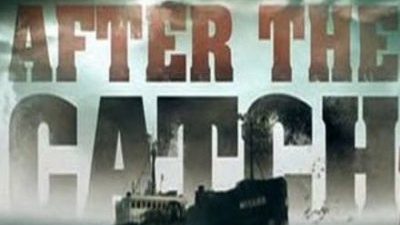 In 2007, Silent Crow was approached by reality TV mogul Thom Beers, to devise an energized talk show series about his gigantic hit, Deadliest Catch. We did. Six intense seasons later, we were still winning the viewership numbers for the time slot, week after week.
In a smokey bar somewhere near the docks, the battle hardened captains of Deadliest Catch gather each year to raise a glass and relive the last crab fishing season. Million dollar catches, terrible storms, rogue waves, deckhand fights, ill health and lost friends; nothing is out of bounds. For the first season, Mike Rowe hosted their oblong roundtable from Seattle. The next year, they all moved east, to Gloucester, Mass. In 2009, Ben Bailey (the Cash Cab guy) took over as their amicable moderator in San Diego. Since then, with Mike Rowe back at the hosting helm, the captains have brought our now round table to: New Orleans, to dance in the streets in celebration of the life of our beloved friend Phil Harris; Honolulu, to grab some well-deserved surf time; and even Breckenridge, to thaw out… inland.
After the Catch was a hit for its entire 6 season run.